Down to the Sea 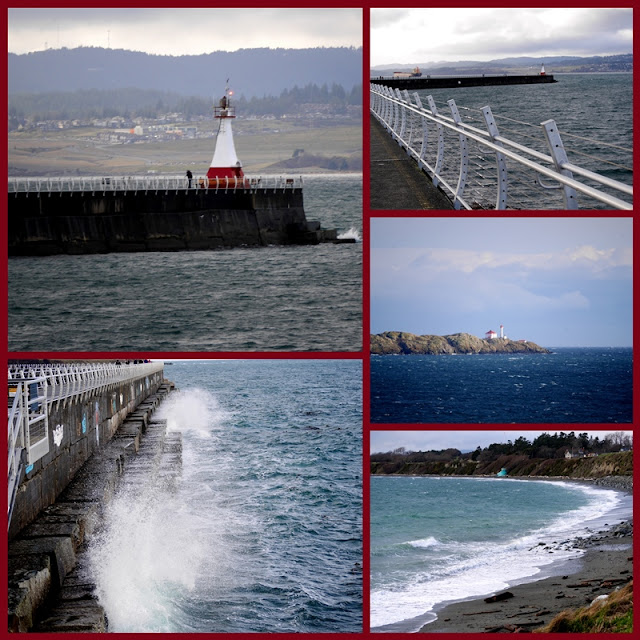 One of the first poems I remember learning is John Masefield's "Sea Fever." I lived in the interior and very rarely saw the sea. The rhythm and longing in the second stanza awakened in me the desire to spend time beside the ocean. I couldn't imagine being on it.
My first extended time at the sea was in Ecuador, where we traveled from our home in a small jungle town, up, up, up and over the Andes Mountains, then down, down, down steep and winding roads to the beach.
At first, I didn't like it very much. I was used to northern lakes, limpid morning and evening, where the haunting cry of loons echoed in the still quiet.
In contrast, the ocean was never quiet. Waves rose and fell unrelenting against the sand and rocks, restless and noisy. I was never quite certain where the water would be when I woke up in the morning. Was the tide high or low?

However, as with many unknown things that become known, I learned to love the ocean. It's very restlessness became calming. I found the incessant surging and falling relaxing and spent hours on the beach alternately reading and looking at the sea. 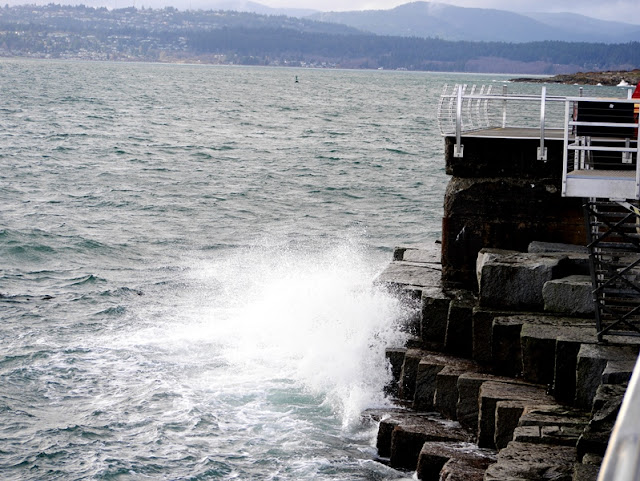 We now live on a small peninsula on an island in the Pacific Northwest. We are surrounded by sea on all sides; the furthest water access is 24 km and the closest, 3.5 km from our home.
On Saturday I had enough with puttering around the house. There is always more to do and I was tired. School has been challenging this term, now ended. The wind flapped in great gusts around the house. Trees swayed and the occasional bits of debris danced down the street.
"Let's go to the breakwater," I suggested to Tim, and off we went.
The waves crashed and occasionally flung up hard bits of spray as we walked out to the lighthouse. The gull mosaic photos are all of the same gull, balancing against the wind before finally shooting upwards to catch the updraft. 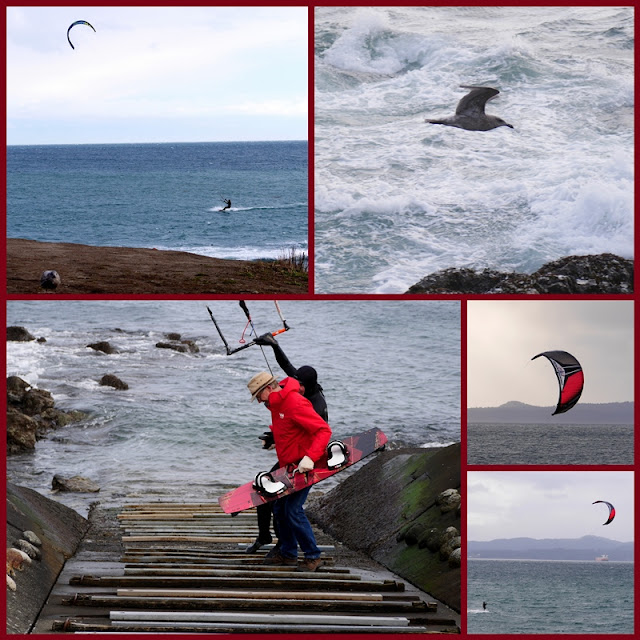 We then drove to Clover Point to watch the wind surfers scoot along the surface, then catch wind and wave and fly through the air. Exhilarating.
As we walked back to the car, we observed one wind surfer coming ashore. He carried his board and hung onto the high-flying kite. The kite needs to come ashore to land on ground rather than water for easy retrieval.
Tim noticed the difficulty the wind surfer had in managing kite and board and offered to help. He carried the board, then held the man's hand as he struggled to stay on the ground and pull the kite ashore. Together they made it and brought the kite down safely. 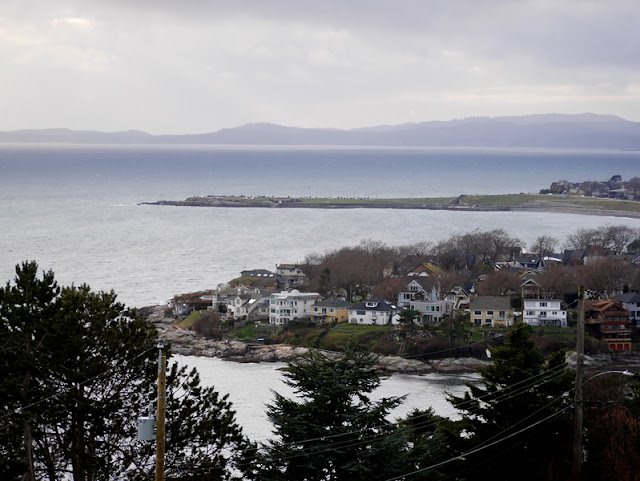 Still not ready to return home, we drove up to Gonzales Park, to enjoy the expansive view. The long skinny point of land is Clover Point, where the wind surfers played. 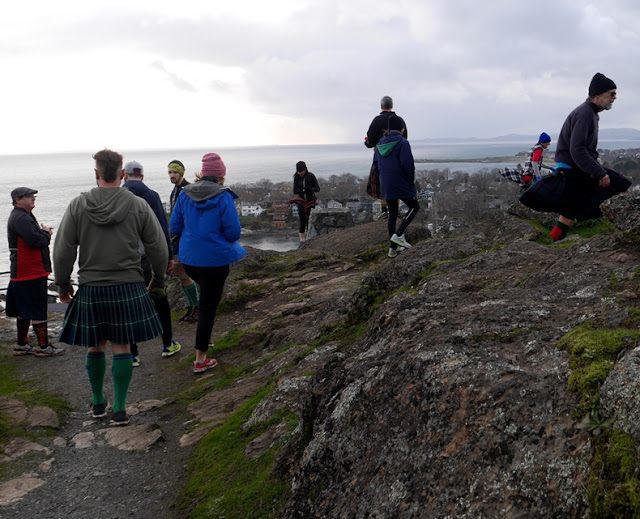 While enjoying the view a group of tartan clad runners gathered. I asked one of them what this was about and he said it was a Robbie Burns Run. He defined the group as a "drinking group with a running problem." When I asked if they would be enjoying haggis afterwards, he said, "for those who eat the flesh, yes." I don't think he was one of them.

The fresh air, wild wind, and choppy seas cleared our heads and we headed home perfectly satisfied. I hankered after rye crisps with butter and honey, along with tea, and we settled down by the fire, replete in every sense.

Linking with Mosaic Monday, hosted by Maggie of Normandy Life.
at January 28, 2018

Snippets from the Mountains

On the first Sunday of September, we locked the door and drove to the ferry, towing our travel trailer behind us. Once across the Strait, ... 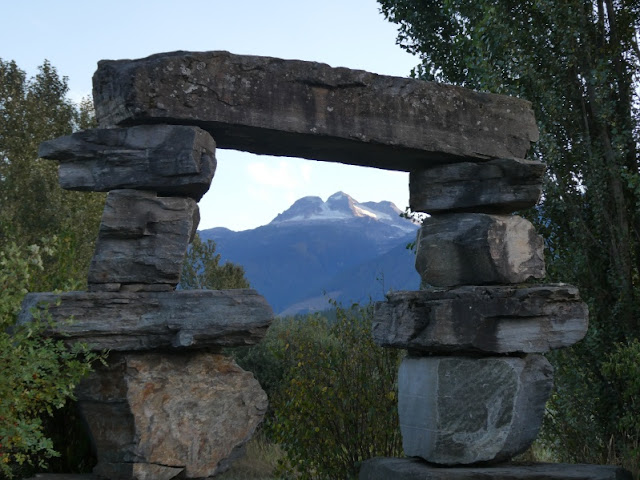