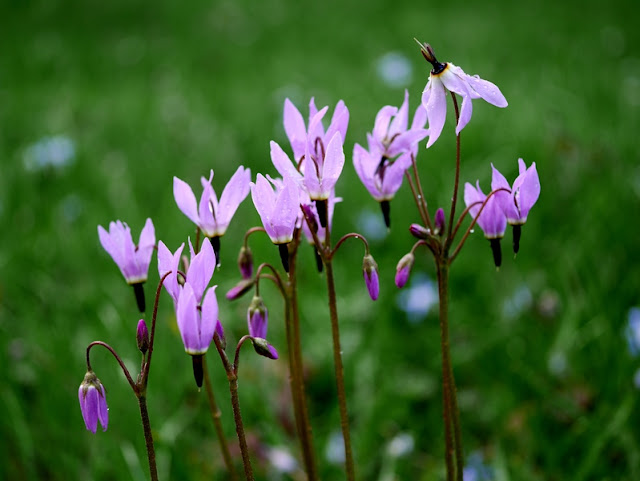 "April was just beginning...And everyone was silent, deep in thought, and everything around was welcoming, young, so near - the trees, the sky, even the moon - and one wanted to think it would always be so." (Anton Chekhov)

The air is soft in late afternoon or early evening. Perfect for walking. Plenty of grey skies and rain mean that everything is green, green, green, a thousand shades of green, and the blossoms are popping out everywhere. Henderson Shooting Stars (Dodecatheon hendersonii) grown on thin stems that seem barely strong enough to hold up the flowers. When I looked up the Latin name today I learned that Shooting Stars are in the primula family. Do they grow in your corner of the globe? 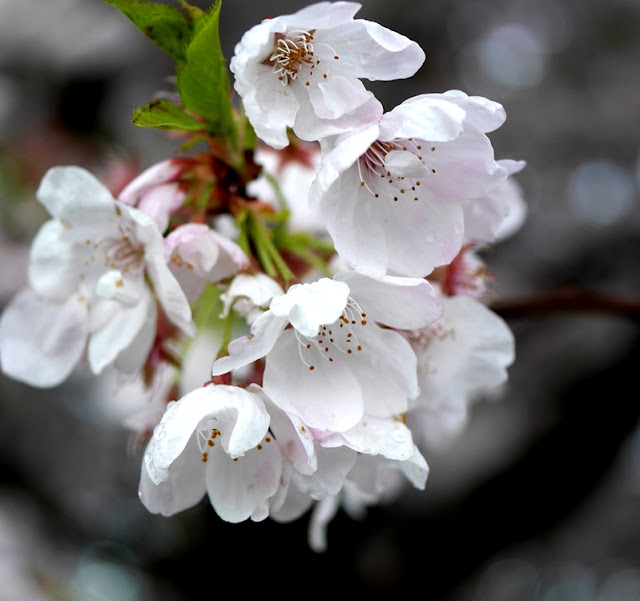 A magnificent trio of prunus trees grows in one garden along a nearby street. The ground beneath is covered in soft pale petals and more petals drift downwards in the slightest breeze. I was caught by their beauty and spent a fair bit of time admiring the trees as I approached. 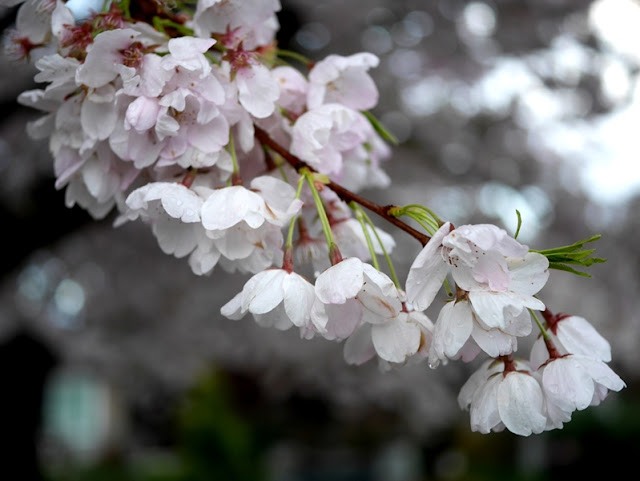 Today is Palm Sunday and I wonder, should the Triumphal Entry of Christ have occurred in our city, if we might have waved cherry blossom branches in place of palms to praise the Lord. 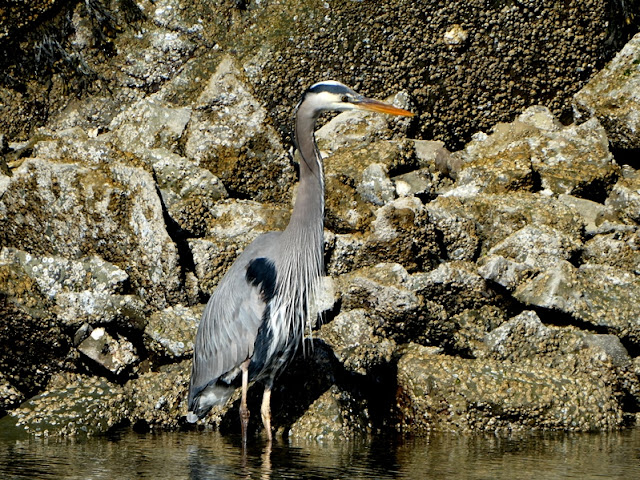 We spent some time with friends this weekend, visiting Poet's Cove on Pender Island. I went for a walk with one friend, in steady rain. We returned quite drenched, just in time to see the clouds dissipate and the sky turn blue. There is a Great Blue Heron that I've seen on several visits who likes to fish along the rocky shore facing the dock. He's a handsome fellow, don't you think, with the varying shades of blue and the soft breast feathers that seem to float in the air? 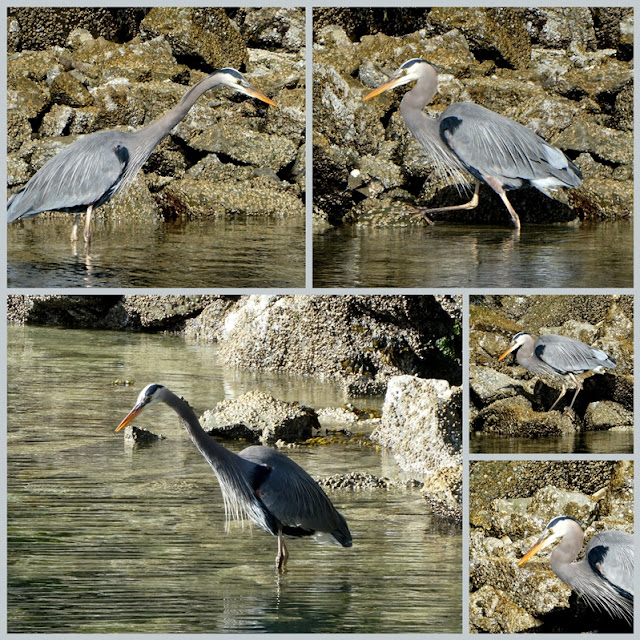 We watched him stretch out his neck and stand, motionless and intent, and then, quick as a flash, duck his beak into the water and come up with a fish which he promptly swallowed. He then retracted his neck, turned, and picked his way along the rocks to shore. 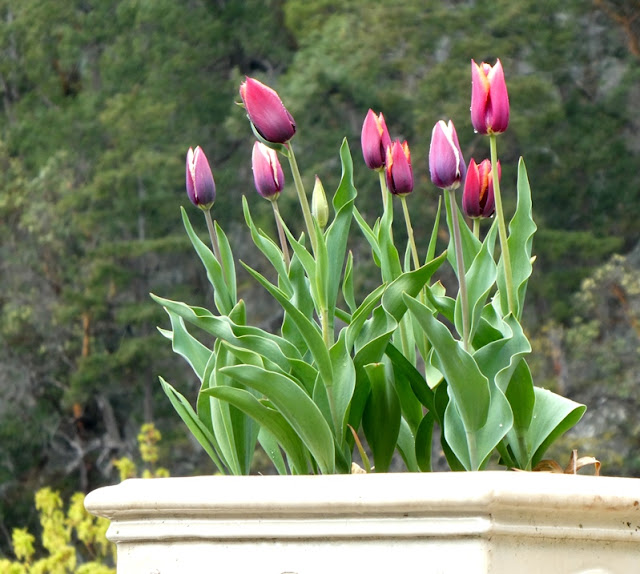 When we visit Poet's Cove we reserve a cottage with a kitchen so that we can prepare our own food. And we eat well. One couple prepared a dinner with barbecued beer can chicken, and a carrot orzo side dish. Another couple provided a salad and I brought along some sourdough bread that we baked there. Dessert was a lemon tart, a small dish of cold blackberry soup, and white chocolate hazelnut pralines. We are thankful for good friends with whom we laugh and sometimes cry, share delicious food, and wonderful conversation ranging from gardening to politics to religion to travel. We might not agree on everything, and that's just fine.

Tulips are beginning to bloom here and there, and these pretty ones are on the deck at Poet's Cove.

Linking with Mosaic Monday hosted by Angie of Letting Go of the Bay Leaf.
at April 14, 2019