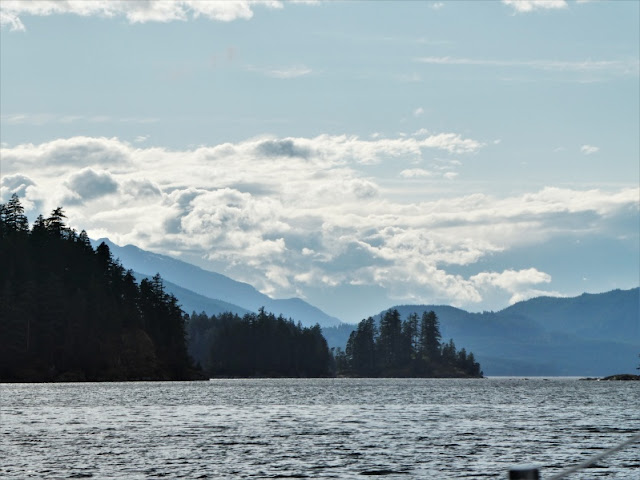 After eleven nights on the water I was glad to arrive home and sleep in my comfortable and spacious bedroom. The trip was wonderful; relaxing and interesting. We boated and hiked, read a lot, met some fascinating people, ate well, and thoroughly enjoyed seeing more of this part of this world. There are thousands of islands and islets between our home island, Vancouver Island (distinct from the city of Vancouver on the mainland), and the rest of our province of British Columbia, Canada. It's a popular place for boaters, but with the border still closed between Canada and the USA only Canadian boats were seen this year.
There were plenty of scenes like the one above, mountains and ever-changing skies, forested islets and islands, and water that varied from choppy to rolling to smooth. Layers and layers of texture and colour. 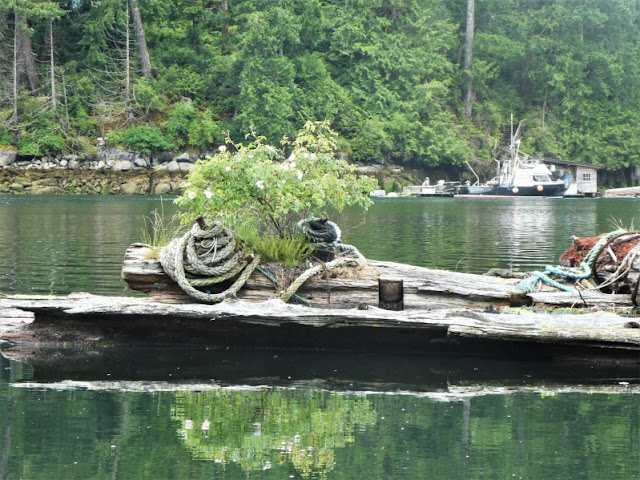 During the last century, this region was populated by fishermen, loggers, trappers, guides, and people just wanting to get away from civilization. Many of the small towns and settlements have disappeared, and the coastal population is much less than in the past. Remnants of settlement linger on abandoned docks like the one above, where a wild rose plant has somehow found enough soil and nutrients to grow and bloom. 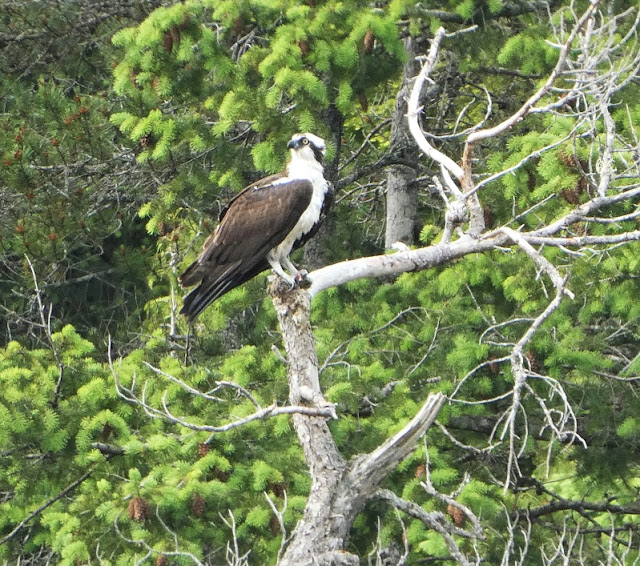 With the availability of satellite internet connections, and the ability to work remotely, more people are moving back to these remote areas. Many are accessible only by water - boat or seaplane.
From our boat on the first day of our trip we spied the osprey above checking things out. I guess we must have passed inspection for he flew off, looking for fish elsewhere, I assume. 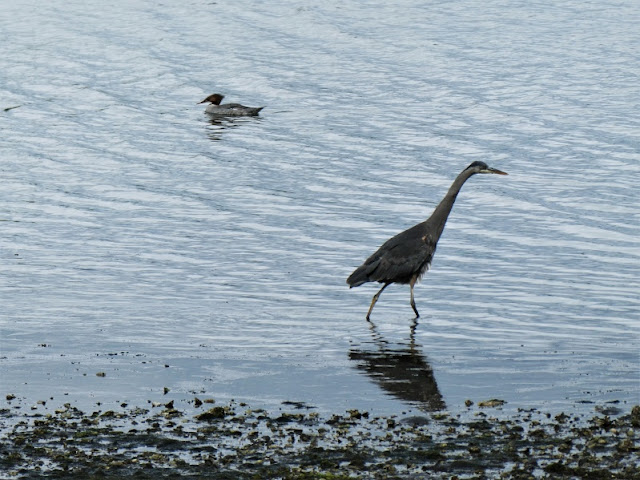 We watched the heron and the merganser approaching each other from opposite directions and wondered what interaction they might have. Zero. Like ships that pass in the night they gave no indication of being aware of each other, both intent on their own plans. 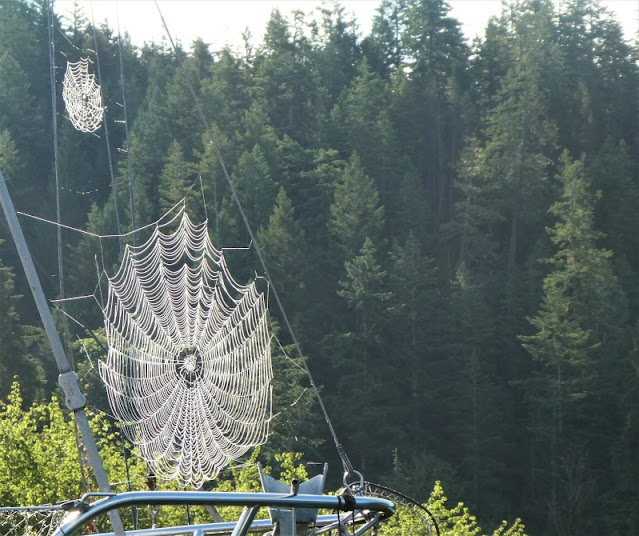 The world is full of so much that astonishes. "It is a serious thing just to be alive on this fresh morning in this broken world," poet Mary Oliver writes. Tim saw the elaborate spider web on a sailboat (not ours) and pointed it out to me. Each fine filament is beaded with moisture. Such a wonder.

As Mary says, "Pay attention. Be astonished. Tell about it."

We're off again to see my parents (hooray) this weekend! It's been 10 months since we've been together. The next few days are predicted to be very hot, so I'm sorting out the lightest summer clothing to wear.

Have a most wonderful weekend, dear readers. 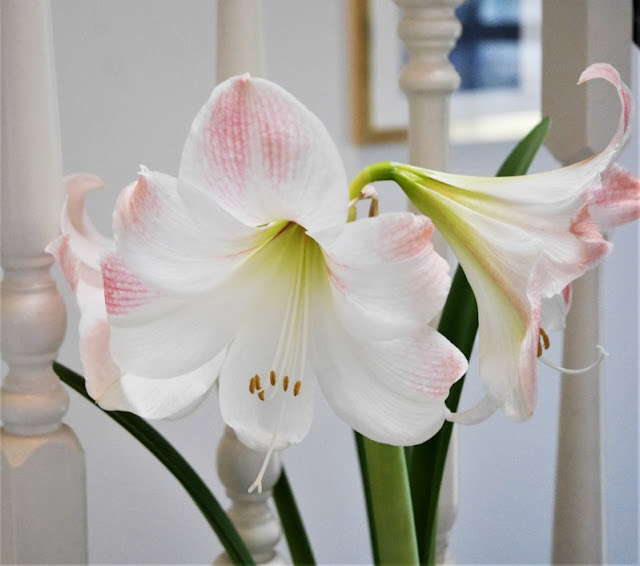