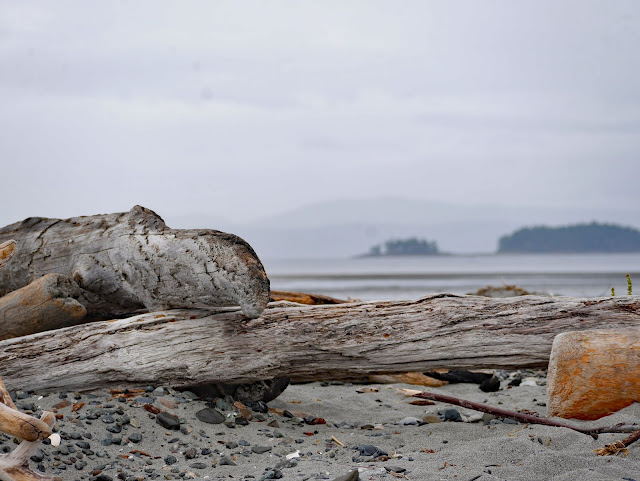 Just a few years ago our children laughed gently at us for wanting to make plans more than a few hours in advance. "Be spontaneous," they said. So we tried.

Fast forward a few years. Spontaneity is out the window, as once the grandchildren appeared, schedules ruled and calendars must be coordinated far in advance. 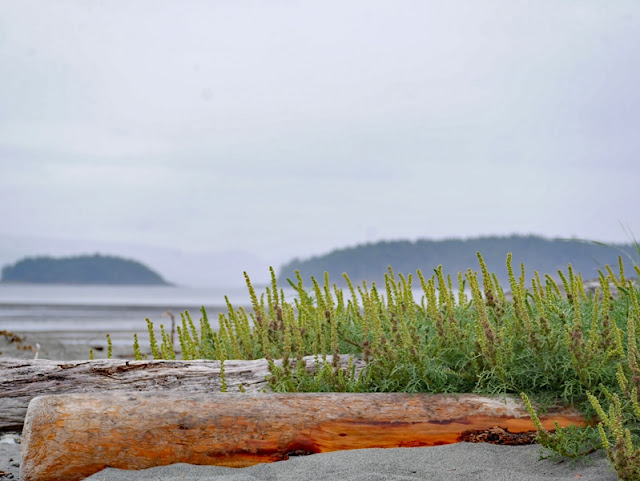 So when the wind blew on a cloudy Sunday morning, Tim and I looked at each other and wondered if the planned-in-advance boating outing should go ahead. We decided to give it a try -we could always turn back and do something else, if needed. We're so flexible that way, now, you know. 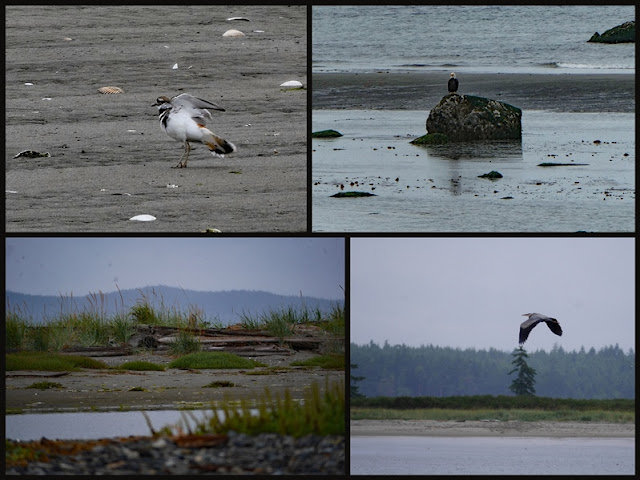 The wind lessened considerably before we left, but the clouds intensified. "Splat, splat" against the windshield went the rain. It looked like the sandpails and shovels were not going to be needed, after all. We ate lunch on the boat, then set out for a walk, first in the woods, then along the beach.

We saw a number of Great Blue Herons, a Bald Eagle, a pair of River Otters, numerous Gulls, and a Killdeer faking a broken wing to lure a dog away from its nest. Very few people. 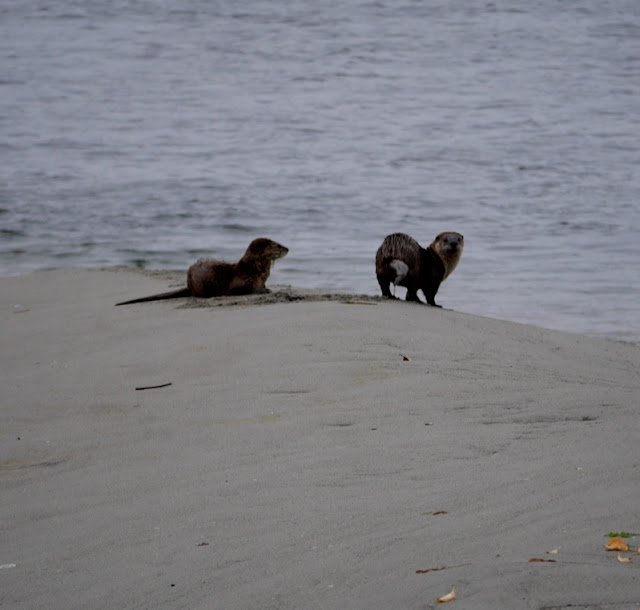 It was a monotone day, grey lightened by splotches of pale sand and yellow-green grasses. We got wet; my hair frizzled, my feet were cold. But boy, did we have fun! 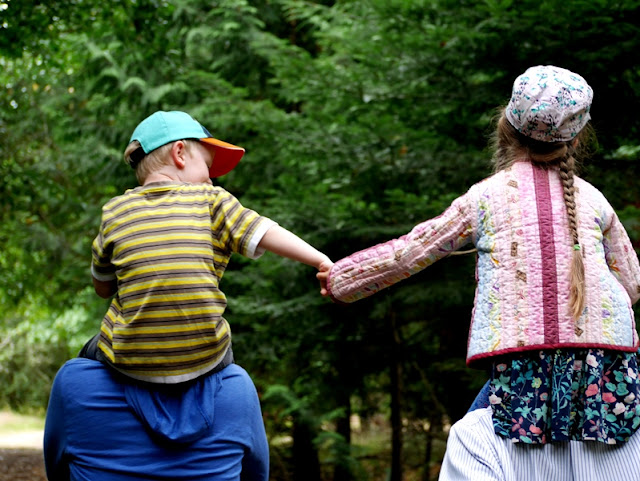 These two cousins ran back and forth amongst the lions (aka adults), hid in the forest, explored the beaches, dammed up a small tricklet of water, giggled and chatted. Riding on an uncle and grandpa's shoulders gave them a wee break from running back and forth. I'm certain they put in quadruple the steps we adults took. 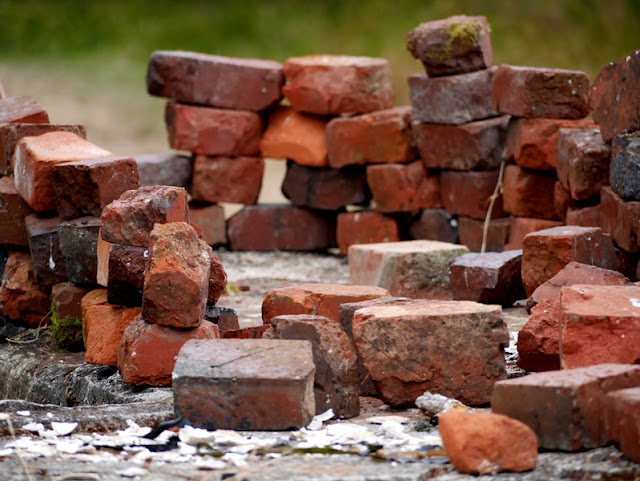 A brick factory once operated on Sidney Island and evidence is left in the spread of broken bricks on the beach. Someone began piling up a few of them, and our two young adventurers contributed. 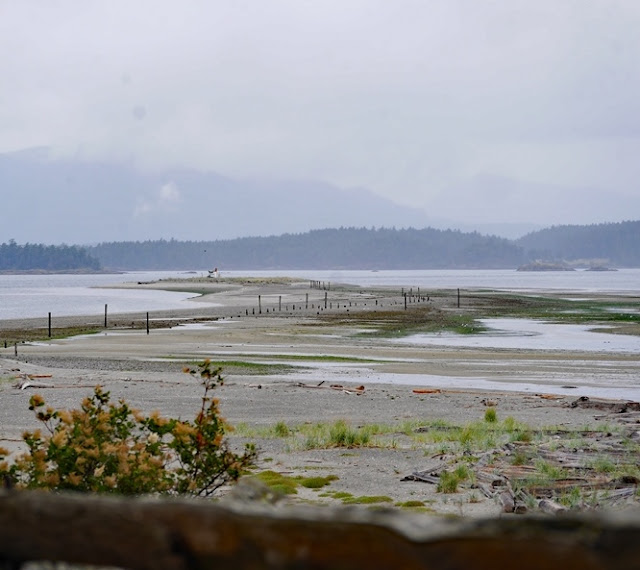 Although I'm longing for some warmth and sunshine, I'm learning to find the loveliness present in almost every moment. The layers of sky, sand, and sea on Sidney Spit undulate across the horizon in an ever-changing, ever-fascinating roll-out of subtle colour and dramatic texture.

Linking with Mosaic Monday, hosted by Angie of Letting Go of the Bay Leaf. 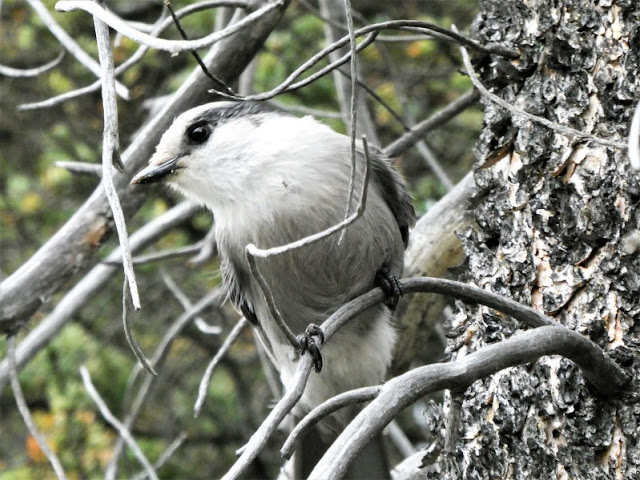