For this week's Mosaic Monday, I'm posting the third, and final part of a little piece of fiction I wrote. There are links to the previous parts below. 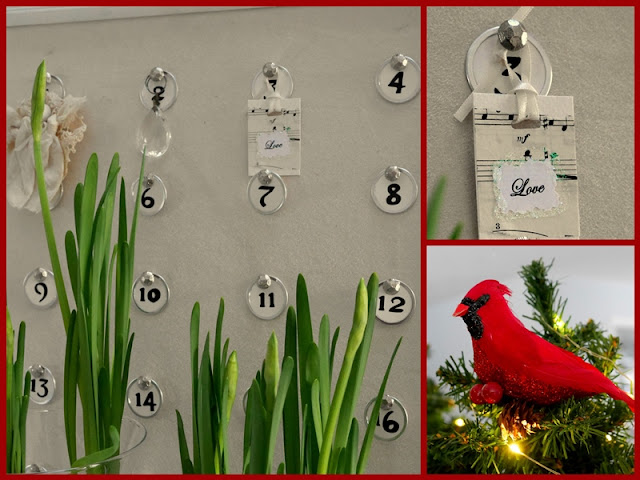 This is the conclusion of a three-part story. You can find Part One here, and Part Two here.

The days of December ticked by. Every few days her family had something special for her to do – a bubble bath with candles mid-week or a new magazine to read. Although it was difficult in the beginning, Alicia worked at letting go and each day became easier and easier. She began to realize that it wasn't the results that were so important; it was the relationships built into the process. For so many years she was the one who led the charge for Christmas, ensuring that what was done fit her expectations. Moving to the sidelines allowed her to cheer on her family, even when their efforts weren't quite as she would have chosen.

The children decided to bake just three kinds of cookies, their favourites, and make double batches of each. They filled the cookie tins with shortbread and Nanaimo bars, a family favourite, and a treat that Alicia found almost impossible to resist. To be sure, the gingersnaps were varied in size, the shortbread not quite as melt-in-the-mouth as usual, and the bars were cut crookedly, with the chocolate topping rather lumpy. Alicia said not a word, but encouraged and praised their efforts. Ben had set out a puzzle for Alicia to work on while they baked. They brought her a mug of tea and fresh snappy gingersnaps, two of them, because cookies are best in pairs.
Sometimes Alicia knit in the living room, listening to her family work together in the kitchen. At other times she sat at the table to watch them, taking part in the lighthearted banter, laughing at the flour flying through the kitchen, and giving the occasional piece of advice when asked. She blocked from her mind what would happen on Christmas Day when the extended family appeared. “We’ve got it all under control, Mom,” they said. There were a few squabbles, but the common goals they had decided upon soon had them resolved.

She overheard phone conversations about Christmas dinner and blocked them from her ears. Groceries appeared and filled the freezer.

One evening Kevin brought home a Christmas tree and strung the lights before the family decorated it together. Ben made apple cider and arranged a plate of cookies for them to enjoy in the softness of the tree lights – a family tradition. Alicia sensed fatigue and tension draining away, leaving a curiously pleasant floating sensation in their place.

Jill brought her a book from the library. “I asked the librarian for some feel good stories,” she told Alicia, “and this is one she recommended.” For several nights Alicia read the story by Richard Paul Evans, then returned it, and asked the librarian for another. The novels were short and predictable, but with a sweetness that Alicia enjoyed as change from her regular literary taste of mystery and intense drama.
Her co-workers talked about how busy they were and asked how her preparations were going. Alicia smiled and said little. When asked, she simply said that things were different this year. It wasn't as though she did nothing; in the late afternoon she would prepare dinner for her family, and took the time to make the meals they enjoyed. Her evenings were hers to spend as she liked.

At church, she listened intently to the Advent sermons and read each day’s selection at home, journaling her thoughts as she sat and pondered the meaning of Christmas, and of this Christmas in particular. When her brain filled with nagging thoughts that she should really feel more compulsion to step in and help her family, she banished them from her mind. Kevin actually seemed to be having a good time organizing things and ticking them off his extensive lists. She had to admit; things were getting done, and she herself was more fun to be with.

Kevin consulted her about gifts for the children, and they talked together about what each one would appreciate, but Kevin insisted on purchasing them himself. One evening when the teens were out with friends, he brought out the gifts, along with wrapping paper and tape, and together Alicia and Kevin wrapped the parcels.

Because Alicia didn’t have to think about anyone else’s gift, she thought long and hard about what Kevin needed and appreciated. She wondered if he had unspoken dreams as she had and what they might be. Alicia realized that although they'd spent a couple of decades together, they were still finding out new things about each other.
.
The short December days marched by as smartly as tin soldiers and Alicia felt the sharp edges of her spirit smoothing out. Prickles of discomfort eased and she laughed more than she had for a long time. She fed her spirit with the laughter of her children and husband, with time to contemplate and read, the tea time with her sister and a friend, and the knowledge that she was not just loved, but beloved.

Several days before Christmas Kevin took her to The Nutcracker ballet. She’d always wanted to attend a live performance, but other things seemed to get in the way. Now she sat relaxed and happy watching the dancers twirl and leap about the stage. As they exited the theatre into the cold starry night, Alicia stopped on the sidewalk and turned to Kevin. All she could managed was a choked “Thank you,” before she simply hugged him tightly.

On Christmas Eve, as they drove to church, a few snowflakes splatted against the windshield. Alicia sat in the pew with her family and thought of how the past few weeks had been so different, yet completely lovely. "How much of her dread of the season was due to her own expectations, or those of society?" she wondered. "And how much was due to simply trying to do too much?" As the notes of the Glorias in the carol that Alicia loved swelled throughout the church, Alicia's heart swelled with love and gratitude for her family, and for the gift they had given her.

After the service they emerged into a wild swirling mass of flakes that had the wipers going furiously as Kevin drove home slowly. By the time they arrived home the lawn and driveway were white, and the landscape beginning to soften and blur.

Alicia felt that her heart could hold no more joy than it did then. The hopelessness and frustration she felt at the beginning of December had transformed into softness towards her family and a renewed sense of faith and hope. Letting go of what she had imagined she needed to do returned to her the lost promises of Christmas. Alicia realized that the thing she thought she’d lost had returned in a most unlikely way.

Thank you for reading my story. I had fun writing it. May your Christmas be filled with the love, joy, peace, and hope promised by the coming of Christ.

Linking to Mosaic Monday, hosted by Angie of Letting Go of the Bay Leaf. 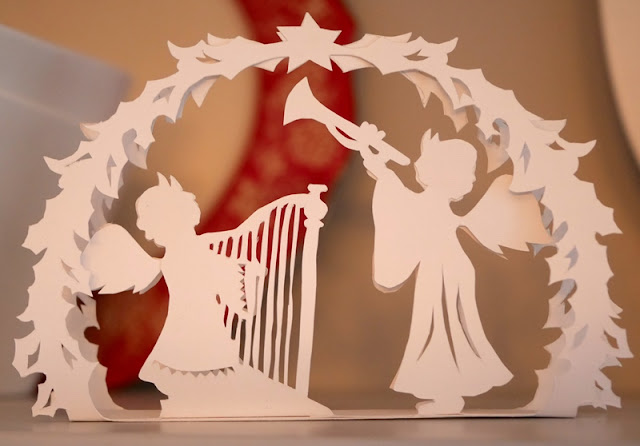 It's often the little things in life that contribute to well-being. Some nights I lie down in my bed and think (or say), "I love th... 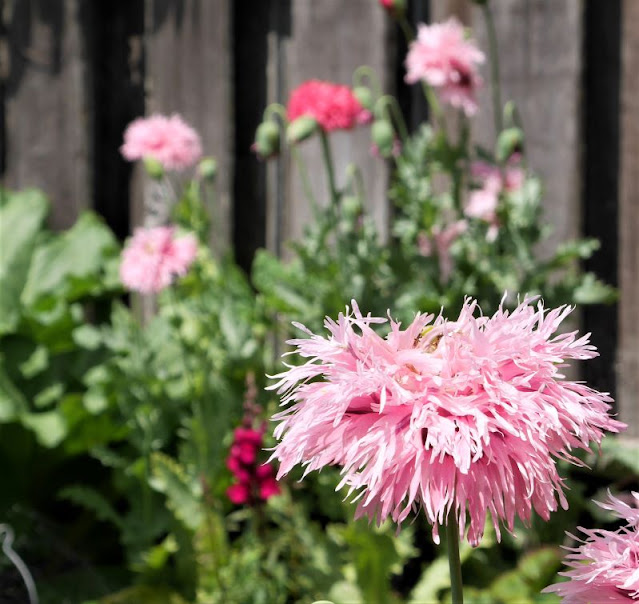