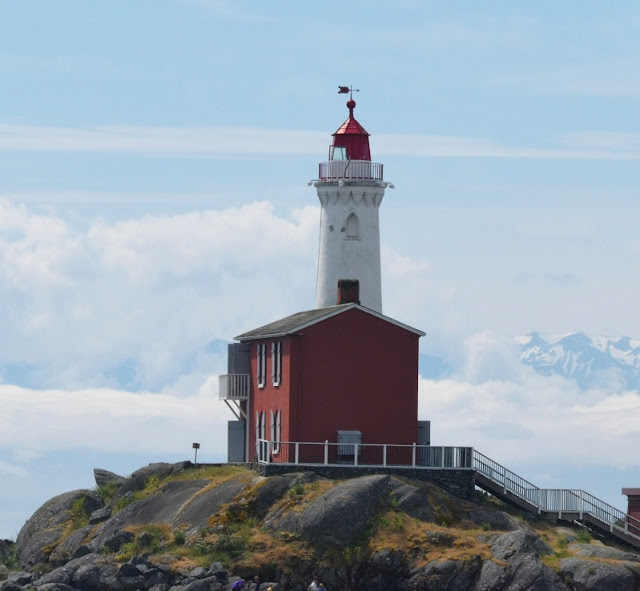 Lighthouses have an air of romance and adventure about them, but the reality of life as a lighthouse keeper soon dispelled any notion of ease. Fisgard Lighthouse, built in 1860, is the oldest lighthouse on the west coast of Canada. There are few staffed lighthouses remaining, and Fisgard was automated in 1928.
Lighthouses are models of sustainable living where nothing goes to waste. "Even bent nails can be straightened and meals planned a month ahead to that day of delight when a helicopter comes hammering down through the drizzle with fresh food and a fat sack of mail," says the author of Lights of the Inside Passage.
Fisgard Lighthouse is now part of the Fort Rodd Hill Historic Site of Canada, and is an enjoyable place to visit, with lots of interactive games and activities for children of all ages. Across the Strait of Georgia, the Olympic Mountains in Washington State, USA, float above the clouds. 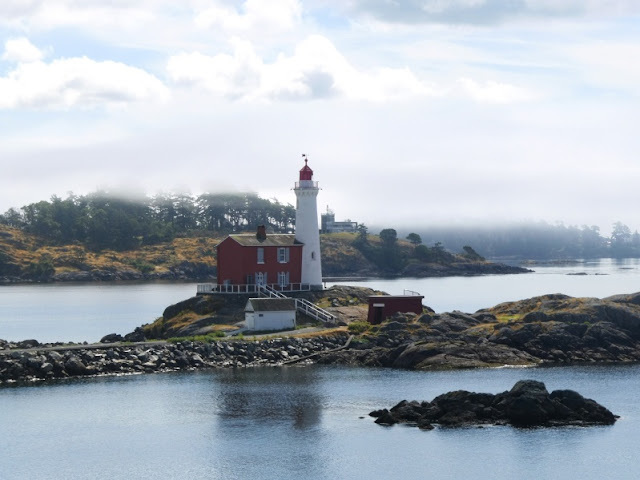 The lighthouse sits at the entrance to Esquimalt Harbour, where Canada's west coast navy is based. Whereas the lighthouse keepers who once manned the light had to row from shore, a causeway now enables visitors to stroll to the lighthouse.
William H. Bevis came to Canada from England in 1858, and became the second lighthouse keeper at Fisgard. He suffered from a long illness, and his wife Amelia and a niece often performed the duties of the lighthouse keeper. When Bevis died in 1879, the marine agent recommended that Amelia be appointed as the new keeper. Currently, there is a framed letter on the wall of the lighthouse denying her the position because, "it is against the rules of the Department to place Lighthouses in charge of women". However, the two women stayed on until the replacement arrived, and did a fine job of keeping the lighthouse running. 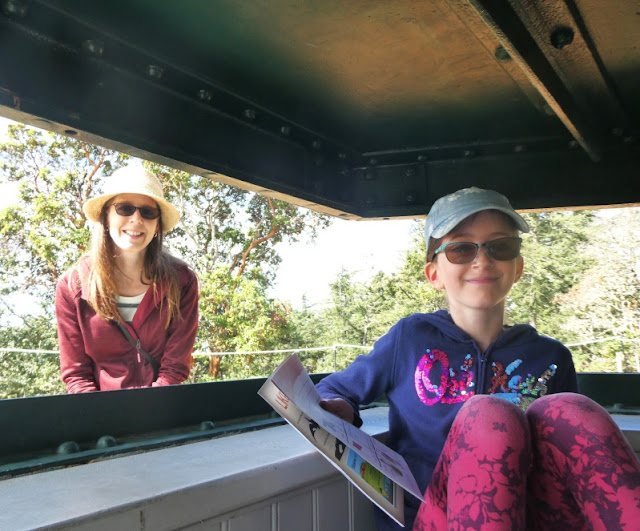 I visited Fisgard Lighthouse and Fort Rodd Hill with my eldest daughter and Sadie. Here they are in a gunner's lookout. When we went into the lighthouse, Sadie and I played an abbreviated game of checkers just as lighthouse keepers from long ago might have whiled away long hours. 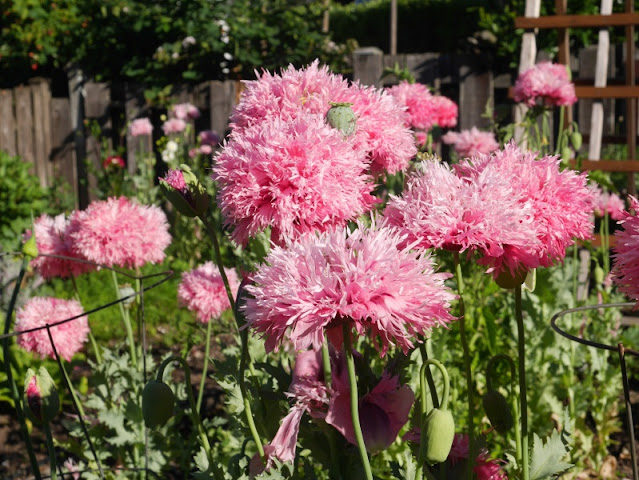 Back at home, poppies fill the garden with pompoms of pink. The seeds for these came from my neighbour and they come up where they will each year. I transplant some, and others I let grow among the strawberries and lettuce. 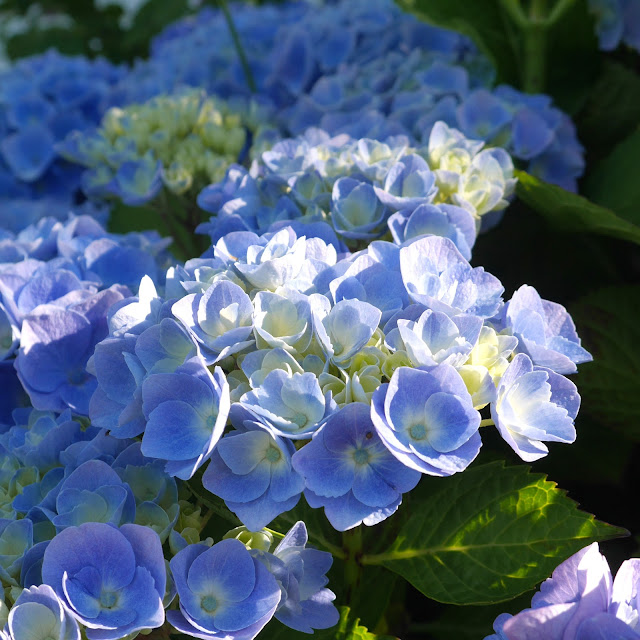 Our hydrangeas have loved the wet cool spring and are filled with beautiful blooms. I have eight hydrangea bushes and all of them were given to me (a few are self-rooted). The bush above was a Mother's Day gift from my children the first year we moved to Victoria, now 20 years ago. 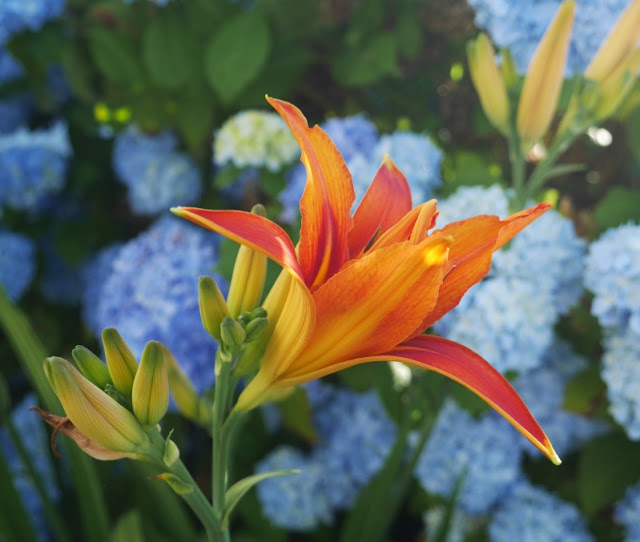 I am not a fan of orange in the garden, but a clump of day lilies (also given to me) pairs so well with another blue hydrangea that I let them stay.
Summer is here, and it's very pleasant. Not too hot, but warm enough to take off the light sweater I put on in the chilly mornings. How I love summer!