A Tale of Mushrooms 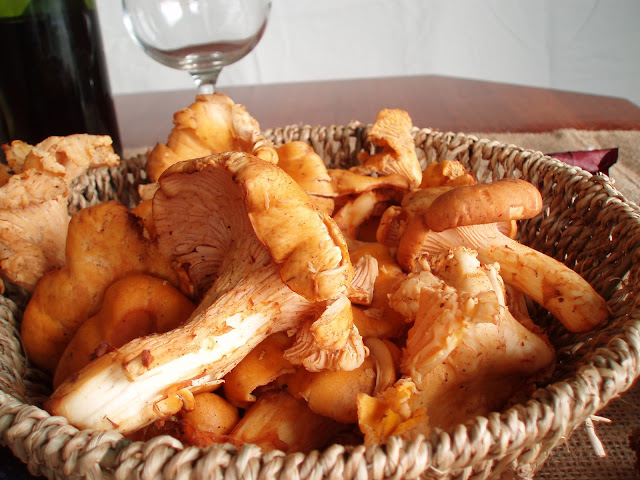 There I was in the grocery store, filling my paper bag with regular brown mushrooms. A man walked up to the mushrooms, looked at the variety, looked at me and asked, "Do you eat these?" pointing to the golden chanterelles.
"No, I don't think I ever have, " said I, "they're a bit pricey."
"I'm just checking them out," says he, "I pick my own." And he went on his way and so did I.
In front of the broccoli he approached me again. "I have some chanterelles out in my truck in the parking lot and I'll give you some."
I made a non-committal hmmm, a little taken aback. But he was there when I went out with my grocery cart and generously gave me the chanterelle mushrooms you can see in the photo.
I cooked them with a bit of garlic and cream with a handful of fresh parsley and a squeeze of lemon for dinner this evening. Served over a salmon fillet they were mmmmm good!
I'm only sorry I didn't get the man's name to thank him properly.
Chanterelle mushrooms flourish on Vancouver Island. They are found up in the mountains, lurking under mossy trees. Chanterelles are especially prized because attempts to domesticate them have been unsuccessful. Every year many Vancouver Islanders return to their favourite mushroom patches to pick chanterelles and other varieties. Many are sold overseas. A kilo (2.2 pounds) of chanterelles sells for $400 in Japan, I was told.
So, would you have eaten these mushrooms?
at October 26, 2010

No. You are a trusting soul, but then I'm thinking that you know your mushrooms. I don't. What a nice gift...perhaps you'll see him again one day.

no I would be too chicken...glad you enjoyed them..

An interesting encounter! He must really excited about these mushrooms to want to share them with you!

The way you cooked them sounds heavenly!

I'm always a little wary when it comes to mushrooms...since I'm not all that well-informed. Glad they were delicious!

Chanterelles...yes! They are very popular here.

If you had prepared them for me, most definitely YES! These are beautiful and I love the texture of mushrooms (and I love to bump into generous strangers!) What a wonderful post!

ummm YES!!!! That is the only mushroom I do know from just looking at them. I just made a chanterelle, barley,leek pilaf a week ago. I love these.

When I lived in France, they would all go out and pick mushrooms in October, then take them to the pharmacist to inspect them. They were all experts in mushrooms. There are very little mushrooms in France that are toxic from what I heard, but to be safe, that is what they do.

of course, they're delicious!

I adore chanterelles, why would I not have eaten them? especially the way you cooked them.

A link to this post has appeared under my BCC post, any idea why? Mushrooms and skin cancer? A bit weird.

I'd love to know how to pick mushrooms. I think I might have cooked them - people are pretty friendly on the Island and it wouldn't be odd for someone to share the knowledge/mushrooms.

Tasty and beautiful .These grow also here . Wow , I didn't know how expensive food I had last time I had them .

Chanterelles are amazing with lots of butter, shallotes and splash of brandy, Yumm Clarice

Oh yes, they are delicious !!! My father knows and picks all sorts of mushrooms and we've been used to eating them all since we were children (there were times when we weren't really sure if we should trust him, but well we're still here). We ate those this week-end at my mom's, in her sauce that is so delicious with the rabbit, and everybody enjoyed them immensely.

Outside my window this morning layers of white and grey clouds drift inland from the Pacific, promising more rain. The garden is lush with... 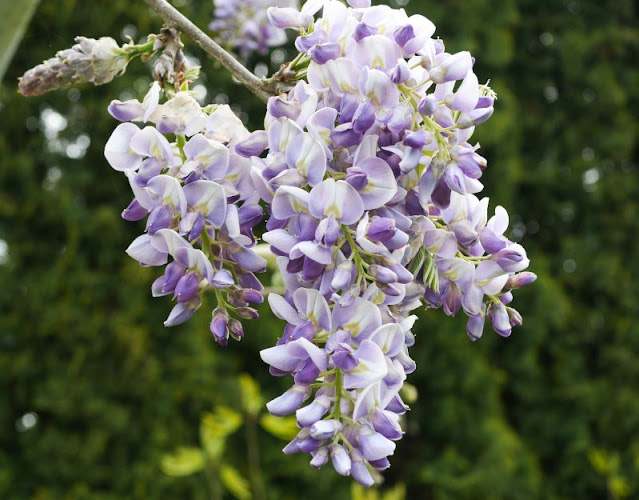