A Few Days in Bavaria 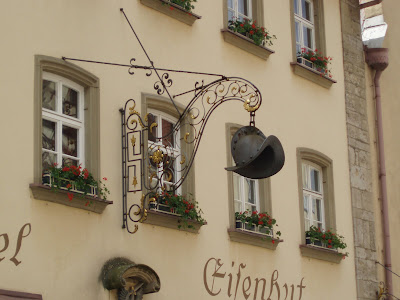 From Paris we took the train to Frankfurt where we started our bus tour. Our first stop was the medieval walled town of Rothenburg, in southern Germany. This is Germany's best-preserved walled town, and in the Middle Ages, was a very large town, with about 6000 residents. After the 30 years war followed by the Black Plague in 1633, Rothenburg was left to itself and was thus able to preserve its 17th century state. There was no money to build new buildings so the old ones remained. 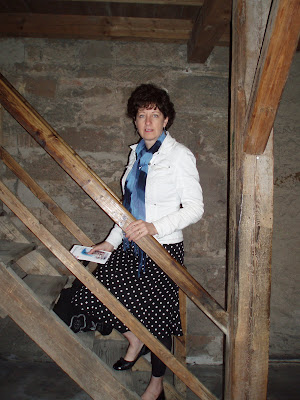 For the best view, we climbed the Town Hall Tower. The stairs started out like standard stairs, but soon became narrower and narrower, steeper and steeper, until at the very top, a ladder led out onto the extremely narrow ledge around the tower. But what fun! 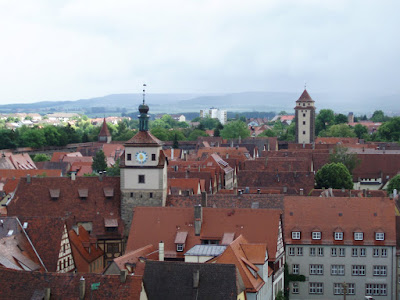 And what a view! The red roofs of the town, higgedly piggedly crowded into the walls, and then 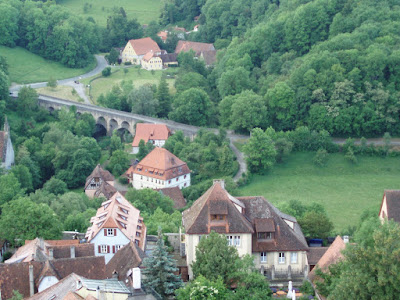 the green countryside beyond. Oh, it was beautiful! Lush and fertile land. This is one place I'd love to have spent more time exploring.
at June 26, 2009

Soft rain has fallen intermittently throughout all the grey day. A good day for soup. This morning I halved and seeded a butternut squash,... 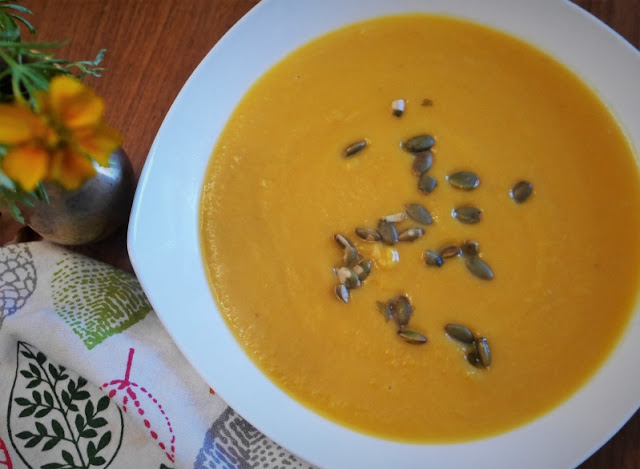