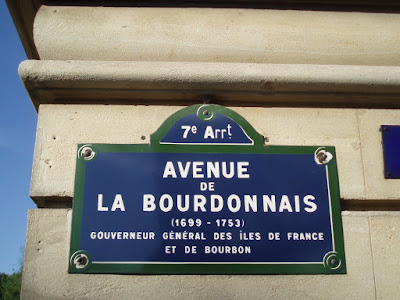 I wrote another final exam today. Another course to tick off the list. This one was Pratique Orale Thematique - an Oral French course. It involved a lot of speaking of French, which I was happy to do. I can now converse on such matters as traffic problems, environmentalism, prison systems, raising children and other esoteric topics. To celebrate, I came home and looked through my photos of France. Details are what struck me today.

This French street sign in Paris is so pretty. The little curve at the top, the neatly placed nails/screw/rivets on the corners, the blue bordered by green with white writing - doesn't it just look like Paris? 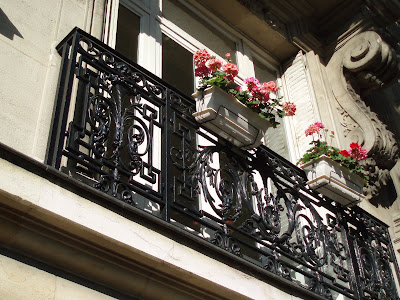 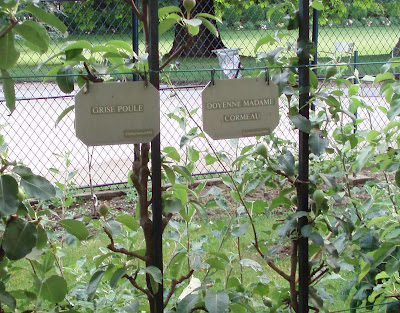 More details. I went walking early one morning, hoping to get into the Luxembourg Gardens. Alas, they were not yet opened (it was quite early - jet lag had me up loooong before normal). But I noticed these fig plants neatly tied up, standing straight like soldiers, each one labeled. 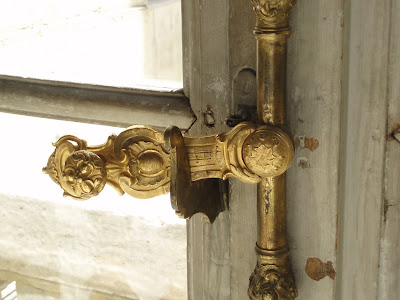 This is one of my favourite photos, taken in the Grand Salon of Versailles. A window clasp, ornately decorated. Whose hands touched this? Louis XIV, Madame Pompadour, Louis XVI, Marie Antoinette? The history seen from this piece of metalwork's perspective is astounding. And I love the chippy paint and patina of the years that the caretakers have not "spruced up" and painted over. A bit of wood peeking through and a bit of grime only adds to the sense of years.

Thanks for indulging me in my reverie of French details. Now it's back to Medieval History, Advanced French Composition, and the Literature of Western Canada. 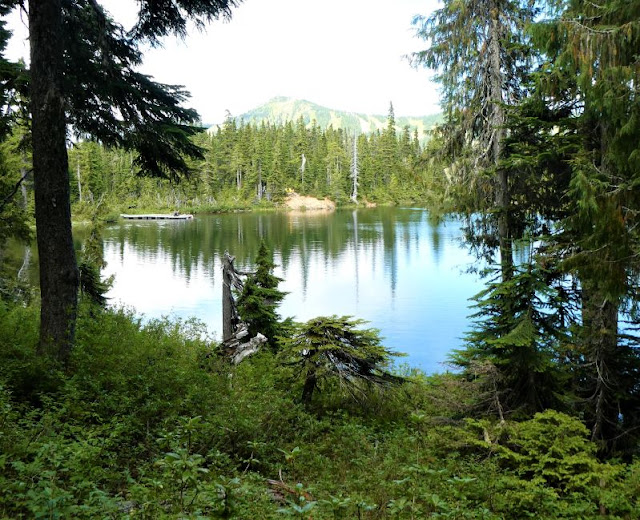