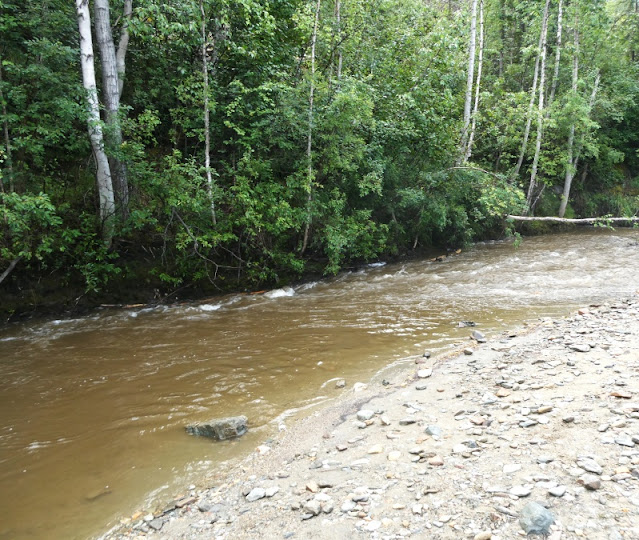 It was here, along the banks of this small and inauspicious creek, that Skookum Jim Tagish and his brother-in-law George Carmack, found gold in 1896, and sparked the Klondike Goldrush of 1898. More than 100,000 prospectors headed north over two to three years to this remote corner of northwestern Canada. 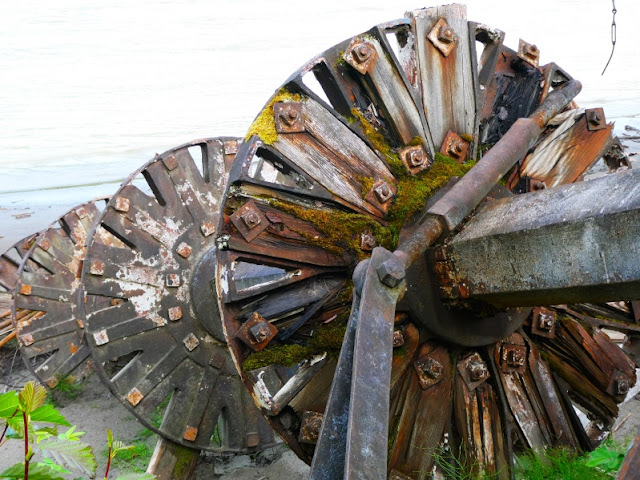 The gold-seekers made their way to Skagway, Alaska by boat, then walked up the 33-mile (53-km) Chilkoot Trail, packing their supplies up the arduous trail. One ton of supplies were required by each prospector, and the Canadian Northwest Mounted Police (now the Royal Canadian Mounted Police) checked to make certain that each person had the supplies needed to survive for one year before they were allowed up the trail. The prospectors then boarded small boats that took them through lakes and tributaries until they reached the Yukon River where steam paddle-wheelers took them to Dawson City, the goldrush headquarters. They were a determined lot. 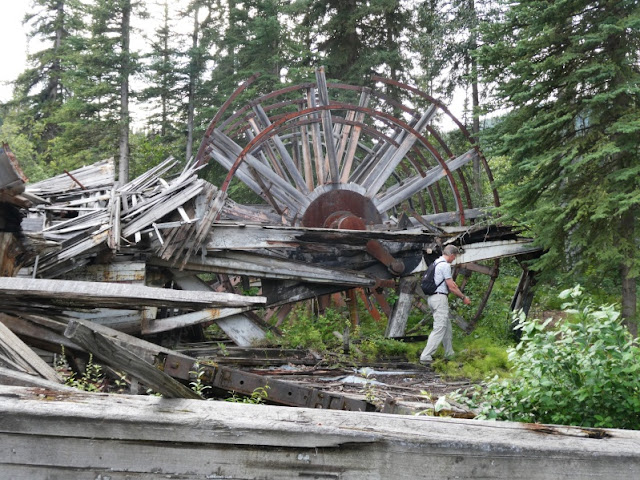 The paddle-wheelers required an enormous amount of wood to keep up the steam needed to power the boats. There were  treacherous rapids to traverse, and untold dangers.
No paddle-wheelers ply the river now, although there are two at dock, one in Whitehorse, and one in Dawson City. But just around the river bend from Dawson City is the Steamboat Graveyard, where the old ships were abandoned after the railroad was built in the early 1900s. It was an interesting place to explore, with massive structures strewn in the forest near the riverbank. 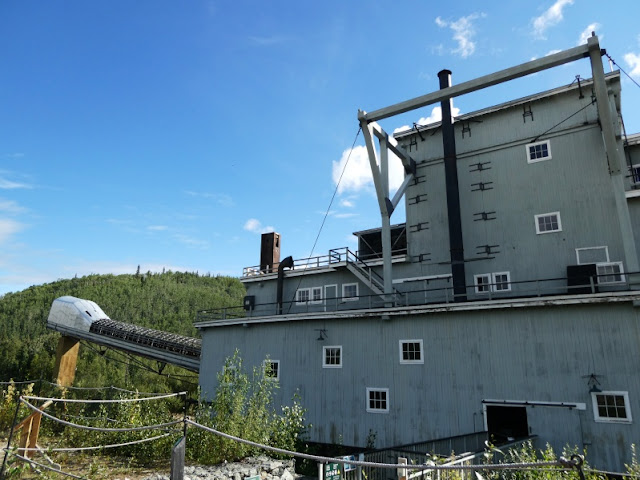 But let's return to Bonanza Creek. Although many prospectors hand-mined for placer gold (loose gold in gravel), the process was physically difficult. It didn't take long before huge mining corporations consolidated claims and brought in dredges. Here on Bonanza Creek sits Dredge #4, built in 1912, an eight-story machine that worked the gravel until 1959. 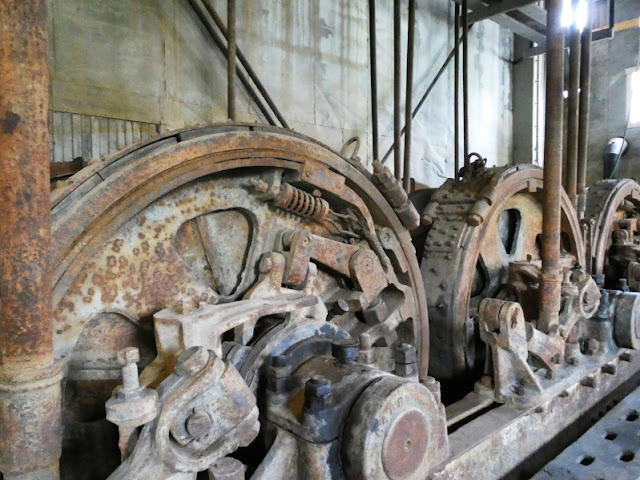 This was mining on a grand scale with enormous gears and equipment. I can imagine the din inside the dredge was horrendously loud. Our guide told us that many men lost their hearing working the dredges. 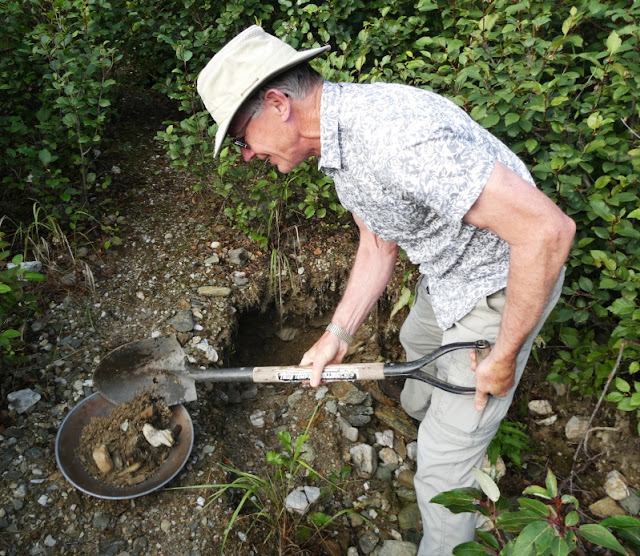 Gold mining continues in the area around Dawson City, and claims are still jealously guarded. Signs warn against "claim-jumping" or searching for gold on someone else's claim. The national park has a claim on Bonanza Creek where tourists can pan for gold. They loaned us two gold pans and off we went. Tim had a shovel in the truck and dug the gravel. 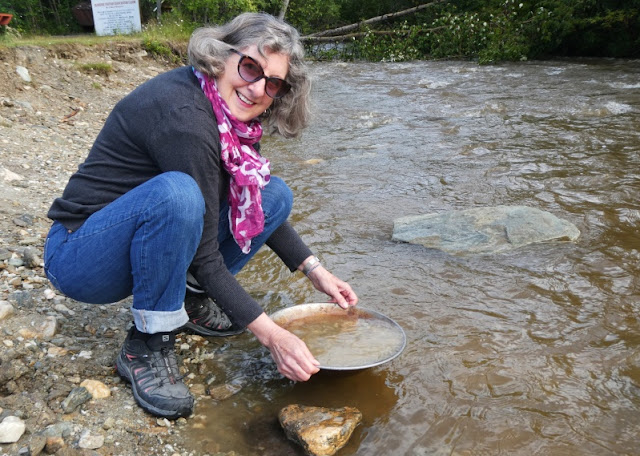 Tim spent a summer in high school panning for gold and showed me how to do it. It's hard work squatting by the water and swirling that heavy pan in the cold creek. I can't imagine doing that day in and day out.
Did we find any gold? No, not a flake, although some tourists do. 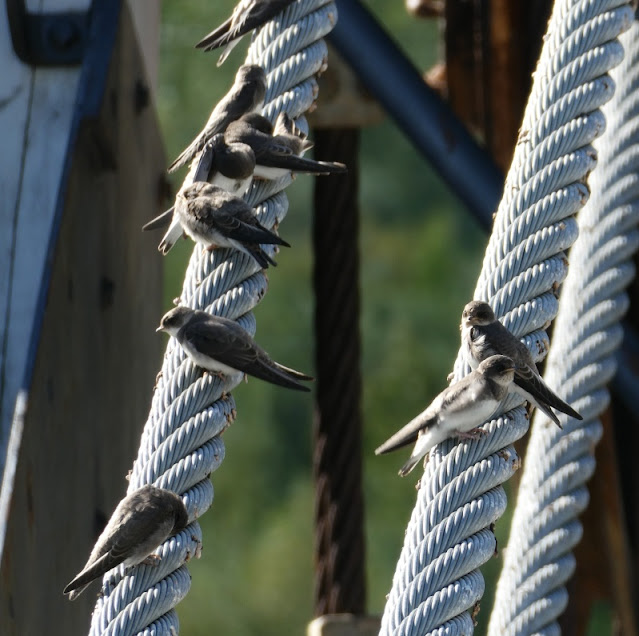 From the top of Dredge #4 I looked down at the cables and saw purple martins making themselves at home. I wonder what their ancestors made of all the hullabaloo on Bonanza Creek more than 100 years ago.

Email ThisBlogThis!Share to TwitterShare to FacebookShare to Pinterest
Labels: October Daily, to the arctic and back 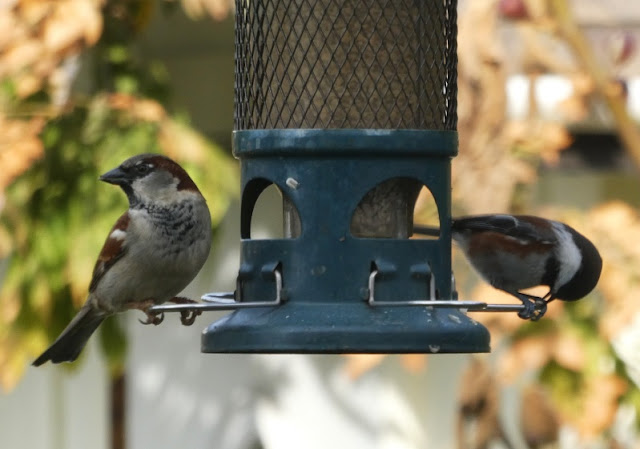