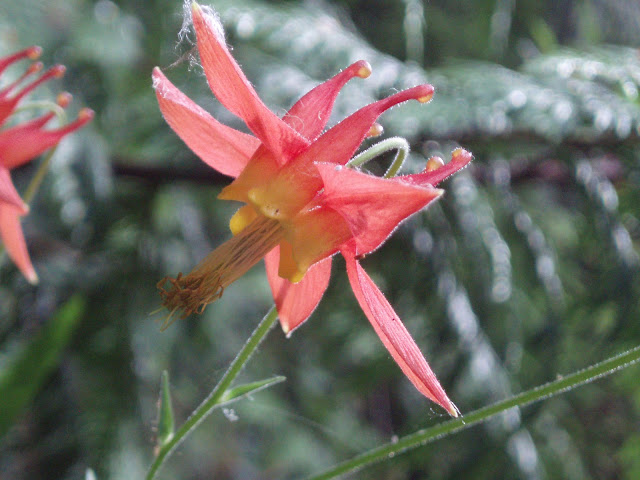 During our weekend camping trip, Tim and went on a number of walks. We were heading towards the falls one afternoon when Tim noticed a faint trail leading off into the woods, steeply downwards.
Never one to pass by a challenge, he suggested we take it. "Suggested" as in, he started hiking down the trail. I could either follow or go on alone. I followed.
The trail became very steep - I was skittering down with my hands on the ground to avoid tumbling in an awkward bundle to the bottom. 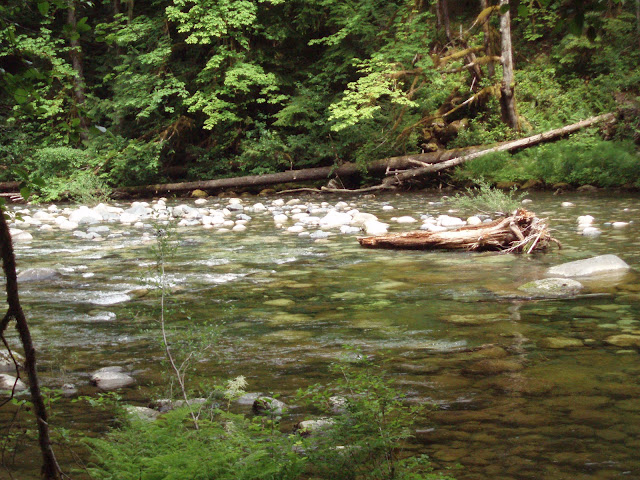 We finally arrived at the river, well below the falls. Few people come this way (I wonder why?), so I like to think that I was rewarded by vistas not many get to see. I do know that I never saw another Sitka Columbine (photo above) anywhere else. It's usually worth it to strike out a little bit off the beaten track, even if I'm a bit cranky about some of the inconveniences.
Of course, getting back ON to the trail proved interesting. We didn't return back the way we came, but followed the river upstream to the lower bridge over the falls (no trail), then clambered back up to the trail, to be met by a chain link fence, which Tim hopped gracefully over, and I managed to climb over, decidedly less elegantly.
at July 05, 2011

Email ThisBlogThis!Share to TwitterShare to FacebookShare to Pinterest
Labels: hiking

Hello October! Here you are again. The calendar tells me that autumn is here, but the continuing sunshine feels much like summer. Slowly c... 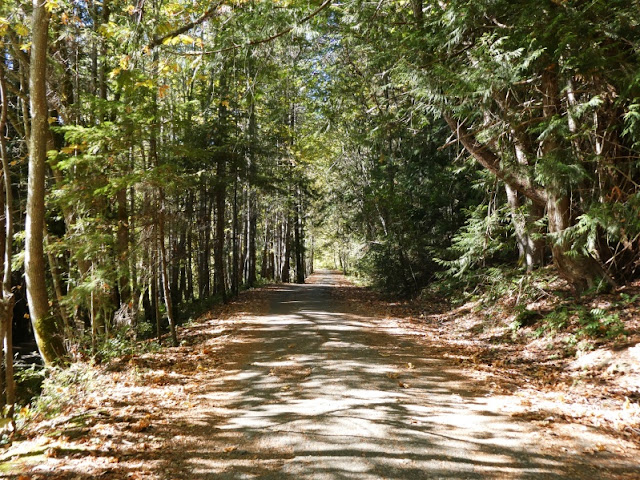