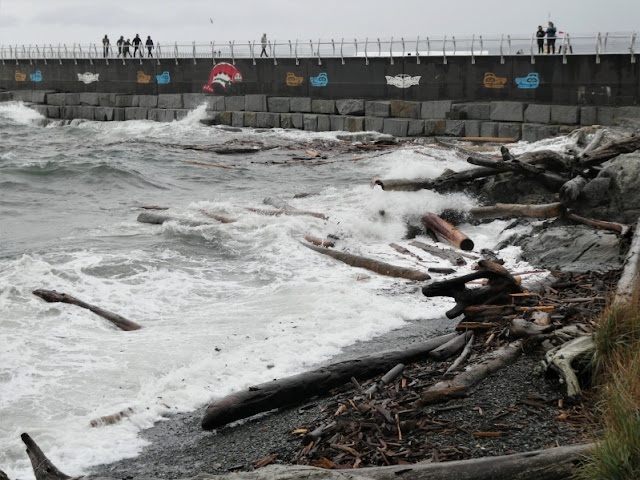 It's 9:30 pm and the wind rises and falls and curls around the corners of the house, and rattles the windows. This afternoon we drove down to Ogden Point, overlooking the Strait of Juan de Fuca to see the storm effects on the water.
Waves tossed huge logs onto shore, then dragged them back again. The sea was a heaving mass of debris and white foam. 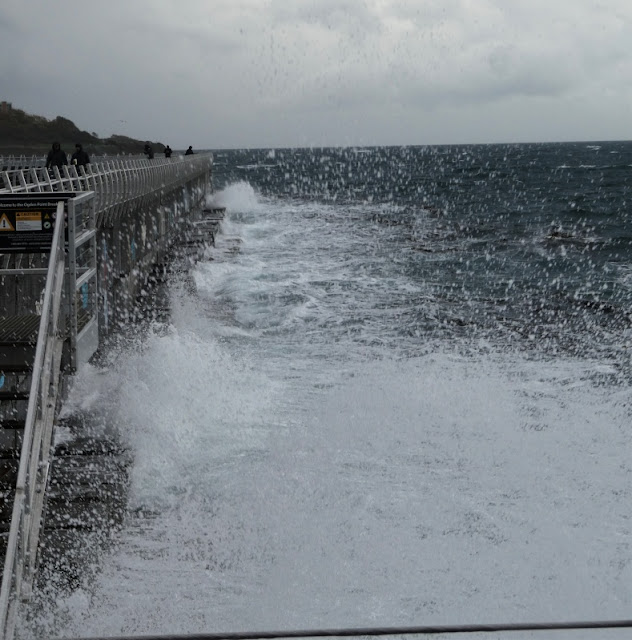 The Ogden Point breakwater is a 1.6 kilometre cement block structure that creates calm water for ships coming into port. If you've ever cruised to Victoria, you'll have sailed right by the lighthouse at the end of the breakwater.
We walked out to the lighthouse and back, and it wasn't long before we were drenched in sea spray thrown up by the waves crashing against the breakwater. Although we, along with anyone else who walked out there, were soaking wet, we all had grins on our faces with the exhilaration of being out in the storm. 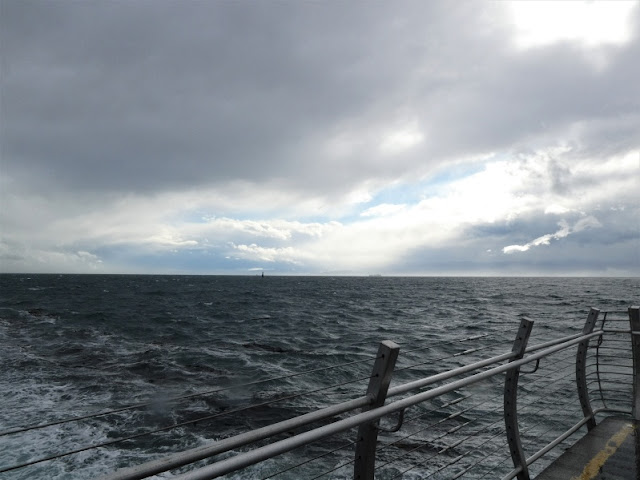 There hasn't been much rain here, in fact, patches of blue lay alongside heavy clouds for much of the afternoon. 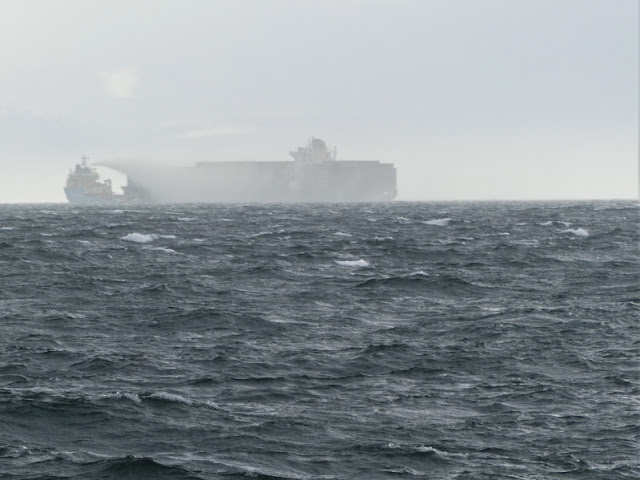 Yesterday, a South Korean container ship lost 40 containers overboard in the storm. As the ship continued its route towards Vancouver, the instability of the remaining containers resulted in a fire that spread to about a dozen containers. In the photo above, you can see another ship to the left spraying water on the beleaguered container vessel. The water is to cool the ship down and prevent the boat itself from catching fire. Because of the flammable nature of the chemicals (used for mining) in the containers, there is little that could be done to extinguish the fires.

The Coast Guard rescued 16 crew members from the ship, and 5 were left to try to do what they could. It now appears that the fire is smoldering and not spreading to other containers.

We had planned to walk further after the breakwater, but were so wet and cold that we simply came home, peeled off our clothes and took showers. I settled in with a book and a cup of tea for the rest of the afternoon.

We've just finished watching Foyle's War on our public broadcasting station. The wind continues to beat about the house, and I'm so thankful for our warm, dry, and so comfortable home.

How was your weekend? 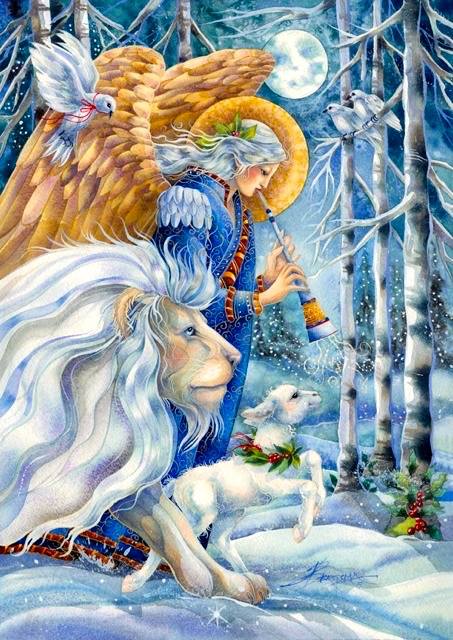